Even if you develop a web service, it takes time and effort before it can be actually picked up by users. Vini Jr. Vacanti, co-founder and CEO of YipitData , a company that sells datasets, gives advice on how to get users to visit your site and how to retain them. How To Get Your First 1,000 Users | Vinicius Vacanti http://viniciusvacanti.com/2011/02/08/how-to-get-your-first-1000-users/ Vacanti says about 1000 people on the web Getting to the site is easier than you might think. However, Vacanti says it can be a daunting task to turn those 1000 people into recurring users and have them create an account for the site. Vacanti actually had 1000 users connect to his site and examined what attracted them and how to build the site.

The first important thing in building a website is to have a domain name and a splash page right away. You can change the domain name later, but you should select the appropriate one from the beginning. After getting the domain name, use a service such as Unbounce to create a simple splash page. No programming knowledge is required to create a splash page. The purpose of the splash page is to collect email addresses from users. Therefore, it is recommended to display a wording on the splash page that clearly conveys the outline of the site to the user so that the user can access the top page of the site only after sending the e-mail address. Facebook and Twitter are also structured like this.

The email address of the user sent will be the initial test user for the site. Once you have a prototype of your product, have some of these users try Early Access and repeat the test with more test users until the product works properly. So here are eight things Vacanti actually did to get users to the splash page. ◆ 1: Add a link to the signature line of the email This seems to be a matter of course, and most people do not do it. When sending an email to a user, a link to the splash page is required in the signature line at the end of the text. ◆ 2: Add links to all your SNS accounts Add links to all SNS pages that your company owns, such as Facebook, Twitter, and LinkedIn , to the splash page.

◆ 3: Create a demo movie Even if the prototype of the product is not completed, create and publish a movie showing how the product actually works. Adding this movie to the splash page has shown that more users may send their email addresses. Dropbox , a well-known online storage service, once used this method, and as a result of being featured on news sites, the number of email addresses requesting access to the site has exceeded 100,000.

◆ 4: It is important to sell your products at technical events and meals with friends who act as entrepreneurs . It may be mentally distressing, but in fact Vacanti says he has gained some users this way. ◆ 5: Getting featured by IT media, including the news site " TechCrunch ," which is an authority for entrepreneurs who sell to TechCrunch and IT media, will lead to the acquisition of many users. If you have a prototype or demo movie of your product, you are more likely to be featured in these uses. Vacanti sent out about his three products from TechCrunch's news form, and he said he had actually been picked up. ◆ 6: Vacanti says that you can get various advice by preparing a prototype of the product to be posted on Hacker News and posting the product on the social news site " Hacker News " that deals with computer science and venture news.

◆ 7: Facebook ads and Google ads Advertising using SNS is a means that can be expected to have a great effect, but it is expensive and difficult to use, and Mr. Vacanti could not use it well. ◆ 8: Starting a blog Operating a blog focusing only on cases where the company's products can solve the problems of consumers is an effective way to increase the number of users. Vacanti also said that this technique requires a lot of effort and should only be done if the product is really good and you are confident that it will be appreciated by users. 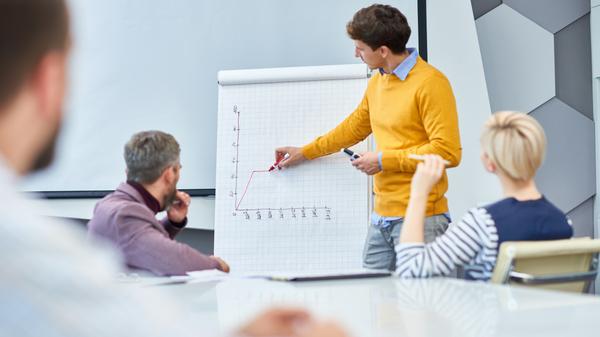 Vacanti says that by implementing these techniques, you'll be able to get the first 1000 people to become addicts to your site.

・ Related articles GIGAZINE's "Complete Omakase Course" ordering process summary that can spread the developed services and apps with the minimum effort and obtain the maximum effect --GIGAZINE How can I put an article advertisement that produces a drastic effect on GIGAZINE? I asked the editor-in-chief ―― Top 20 news articles that GIGAZINE marketing and advertising staff are paying attention to Summary ―― Why adding new features is not so effective in increasing the number of users dramatically ―― Introducing a new law that does not accept the consent obtained in "Dark Pattern" --GIGAZINE

in net service, Posted by log1p_kr