Australian Competition & Consumer Commission on whether it would be better to have a selection screen when using a web browser or search engine on a smartphone or tablet, or if there is a way other than the selection screen to improve consumers' choices The Commission (ACCC) is soliciting feedback from consumers and industry players. The opinions gathered will be included in the ACCC's " Survey on Digital Platforms ." Feedback sought on choice and competition in internet search and web browsers | ACCC https://www.accc.gov.au/media-release/feedback-sought-on-choice-and-competition-in-internet-search-and- web-browsers

PCs, smartphones and tablets are usually pre-installed with an OS including a specific web browser depending on the manufacturer. And web browsers are often initially set to use a particular search engine. For example, almost all Android devices have Google Chrome installed as a web browser. And in Google Chrome and Safari, the search service used by default is Google. As a result, Google Search is used as the default search engine for over 95% of mobile devices.

Safari is the most common mobile device browser in Australia with a 51% share. Next is Chrome with 39%, Samsung Internet with 7%, and Mozilla Firefox with less than 1%. For desktop devices, Chrome is at the top with 62%, followed by Safari with 18%, Microsoft Edge with 9%, and Mozilla Firefox with 6%. Google pays a license fee of several hundred billion yen to one trillion yen to secure the position of "Safari's default search engine". Google is paying an estimated over 1 trillion yen to become Safari's default search engine-GIGAZINE

by Barry Schwartz Already in Europe, Google has been fined 570 billion yen for using its position to behave in violation of antitrust laws. Since then, Android users in Europe have been presented with a new screen showing their choices to download search services and browsers. Google's CEO suggests that Android will not be free with a fine of 570 billion yen for violating EU antitrust law-GIGAZINE

by Rob Bulmahn ACCC is soliciting feedback for information on the effectiveness of this selection screen display and whether it fits the purpose of its implementation in Australia. ACCC Chairman Rod Sims said, "In general, we know that if you set a default option, consumers and businesses are much more likely to stick to that option. It has the effect of reducing competition and consumer choice. " The final report will be published in September 2021 after gathering opinions. 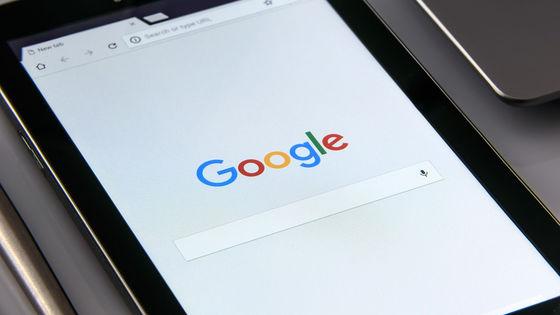 ・ Related articles Google search will pop up saying "How to use Google is at risk" --GIGAZINE Google and Facebook should make a rule to distribute the profits earned from news collection and distribution to existing media Works --GIGAZINE The CEO of Mozilla, the developer of Firefox, complains about the fact that the procedure to change the default browser on Windows 10 is too malicious --GIGAZINE When forced to select an option in the "Trocco problem", "What do you really want to do?" Pointed out that it is not visible --- What kind of sales strategy is the "decoy effect" that guides consumers to select products? --GIGAZINE 11 psychological, psychiatric, and behavioral economic factors you need to know to make the right decision when choosing something-- GIGAZINE