Kei Tanaka: "I was nervous."

On September 8, actor Kei Tanaka will be on stage to show off the completion of the double starring movie "Husband of the Prime Minister" (directed by Hayato Kawai, released on September 23) with Miki Nakatani on September 8.Tanaka looked back on the offer and commented, "I was nervous about being Nakatani and the couple.When Mr. Nakatani asked, "What does it mean?", Tanaka -san became nervous and said, "It doesn't have a bad meaning, but I don't think that's the case, but I thought I would get angry."Porori.Nakatani invited me to laugh, saying, "Look! Isn't that bad!"

Regarding the role of the Prime Minister he played, Mr. Tanaka said, "There is not a hero who does nothing. I was very happy when I read the script.But only one regret ... "When asked by the director, "How about reading a book (script)?", I was very happy, but he said, "No, I'm happy to be a hero who doesn't really do anything!"I asked (laughs). I asked, "Isn't it a motivation?"

When Kawai responded cheerfully, "Yes, of course, I remember!", Tanaka further confirmed, "I thought," I wasn't motivated! "Kawai gently denied, "No, I didn't think that way."Still, Mr. Tanaka said, "If the personality of the role is interesting, I will want to give something as an actor Kei Tanaka. If you don't do anything," Is this okay?? ", I was worried."

The movie is based on the Shugoro Yamamoto Award and the Jiro Nitta Literature Award, which is also known for won the award, "The Husband of the Prime Minister", which is more than 200,000 copies of Maha Harada's 200,000 copies.Set in the near future Japan, the first female Prime Minister in history (Mr. Nakatani) and the "bird geek" husband (Tanaka -san), who will be carried as the first first genterman in history, is turbulent.The figure that is involved in is drawn.Mr. Kawai will be the director of the movie "My Story !!" "Kaguya -sama wants to tell you -the love brain war of geniuses." 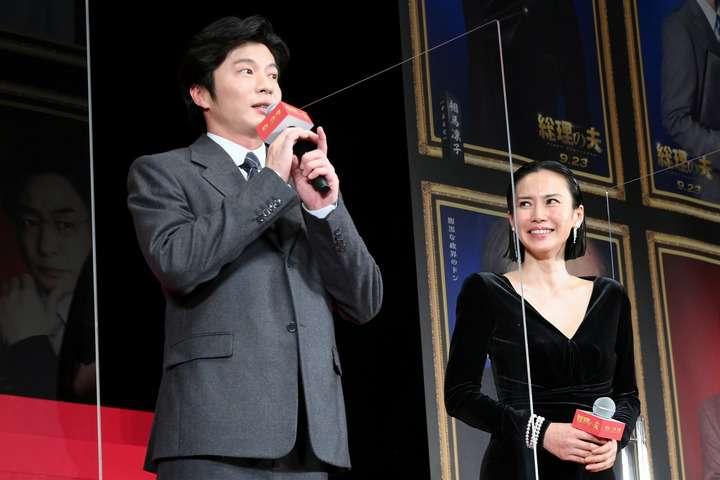