Home >Blog >Konica Minolta Japan style "How to make a BtoB Marketing organization" in the fourth year, sales expectations have grown to 24 %!

Konica Minolta Japan style "How to make a BtoB Marketing organization" in the fourth year, sales expectations have grown to 24 %!

Marketing and sales are a department that tends to inconsistent with each other.However, if you clarify the role and share your work well, you can increase the impact on the company's ultimate goal.

Marketing -led organizations involving sales, and Shohei Tomoya of Konica Minolta Japan will be on stage at the "Web Bureau FORUM Meeting 2021 Spring".The know -how was explained in case of examples.

Konica Minolta Japan has been working on a company -wide system to improve its business productivity since 2017.There are three major policies:

Based on this, each business unit has been working on improving productivity.The following three products handled by the Marketing Service Division to which Mr. Tomoya belongs.Both are service products, and the main target is enterprise company.

The marketing team to strengthen BtoB marketing was established in 2017.In 2017, three marketing teams, including Mr. Tomoya, have been created, and in three years, the contribution ratio of pipeline created by marketing measures is 24 out of the total pipeline (estimated sales) of the division..Realized 3 %.

The figure below shows how this number is calculated.For example, when a lead is obtained by a measure called "Webinar", and when a business talk is settled and the sales are expected to be sold, the marketing results are visualized by connecting the information of measures and business negotiations.

The three -year initiative is divided into three stages every year.The first year was the startup period, and the following two points found that it was a problem at first.

First of all, we started by organizing reports on measures so far, compiling past achievements, and formulating marketing plans based on them.

When the relation between measures and sales is linked, the values that are indicators are visible, such as the project rate and email opening rate.The goal of "what percentage of pipeline is made" was set as KGI, and measures to achieve it were accumulated.

KGI/KPI is difficult to define, but it is also difficult to measure after setting.The biggest problem is that sales do not enter the tool.The following two points were done to solve this.

First, we announced what CRM (Customer Relationship Management) and SFA (Sales Force Automation) were needed and how they use it for sales activities.In addition, the company was incorporated into business, such as managing numbers on all companies dashboards and maintaining customer lists and business talks.

Since the company's company -wide workshops alone are not established, we have strengthened their communication on their own.

I often hear that after giving the lead from marketing to business, marketing does not touch.However, it may not be clear what happened after that, and sometimes it disappeared.In Konica Minolta Japan, each sales representative originally managed the leads given from marketing.For this reason, if it was judged that it was not a customer right now, it was left unattended, and it may disappear naturally.

Therefore, the marketing team has been enhanced to a five -person system by adding inside sales and operators to improve the communication method.The lead that the business, which is not directly followed, was returned to inside sales and continuously communicated.

For the projects given from the marketing, the following communication was thoroughly communicated.

However, this may reduce the number of customers who follow the sales significantly, and may be rebounded by sales.In this case, "It is better not to enter from the word inside sales and roles," said Tomoya.

The measures taken in the first year have achieved 95 new customers (appointments), about twice as many as the previous year.

In the second year, look back on measures based on growing periods and work on improving accuracy

Because of the achievements in the first year, the company will say, "Please give you more and more results in this condition."However, the accumulation of more measures is limited, so the second year we focused on the accuracy of measures.Therefore, the following two points were newly implemented.

① Dashboarding and data formulation based on data

In order to improve accuracy, you need a number -based planning.So, first of all, the achievement was made into a dashboard by sales force.At this time, the following three points need to be linked as data.

After visualizing the achievements, we formulated the next marketing plan and declared it inside the company.

Instead of increasing the number of seminars, the creation of a persona and a customer journey map was to increase the number of promising customers per hit.At that time, we thought about personas along with sales for "visualization of customer images" and "sharing awareness".The Persona I thought is as follows.

The content reuses previous seminars and sales proposal materials, but at this time, "It's important that the members want to deliver it," says Tomoya.I want to make a persona for that.

In addition, Konica Minolta Japan has implemented the following measures and achieved results.

It is the same as the first year that communication with sales is important.Persona formulation was also collaborated with sales, but since then, the marketing side has been actively communicated from the marketing side, such as the numerical status of the sales department, the measures, and the feedback of the hot -read conditions and business negotiations.

Achieved the main KGI "project number" in the second year

These measures created 139 effective business negotiations in 2019, the second year.The result was about 141 % from the previous year.

In 2020, when the initiative began in the third year, the new Coronavirus hit directly.Here are the following points. 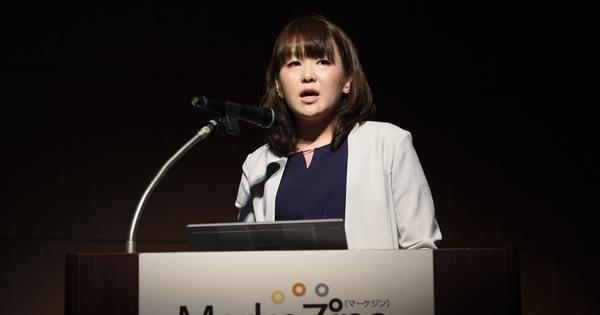 Therefore, when we started digital marketing enhancement, the following measures were assigned to the web director within the marketing team.

I switched to Webinar from the situation of offline seminars.The points are the following two points.

If the video can be viewed later as an archive, the period of the lead acquisition will increase.

Also, it is quite difficult to hold a webinar, so if multiple departments work, it is recommended to create a dedicated webiner and accumulate know -how.

The purpose of the renewal of the website was to increase the number of inflow and the number of CV acquisitions, and worked on "conductor maintenance", "expansion of content", and "SEO measures".

The following three points have particularly focused on the following.

After the renewal, the access analysis data was managed to make a dashboard.As for the content, the contents of the webinar are made video content, and download materials are also enhanced.At this time, he says, "It's a good idea to consider the power of external designers to make the visual design of the materials made in -house clean."

In the third year, I have put more effort into it.That is the arrangement of the role of inside sales, the strengthening of the system, and the construction of communication that follows the stage.

Organizing the roles of inside sales and strengthening the system

The system was six, including the web director, but then further strengthened to nine people.This is because the number of non -face -to -face communication has increased significantly due to the effects of the corona evil.The roles that the company's inside sales should be responsible for and the strengthening of the system has been forced.

First, the BDR (Business Development Represcription: Business Development Replesentative), such as acquiring an appointment for new development, has a high resource load, so we will create a cooperative system with a partner with know -how.And subsequent follow -up will be done by the inside sales of the marketing section.In addition, we put inside sales in the sales department and ask for business negotiations such as cross -cells and upsels.In this way, the role was clarified and shared.

Construction of communication that follows the stage

"The number of customers who become leads but not negotiations has increased significantly," said Tomoya.For this reason, we believe that it is important to communicate step by step, rather than trying to connect to business negotiations.

In order to implement this, we had a concrete assignments and themes for each customer between marketing and sales.

The third year's main KGI "Pipeline" is also a leap

Due to the renewal of the website, the number of effective business negotiations from the web inquiry was about 2 year -on -year..It is 5 times, and the amount of pipeline created is about 3 from the previous year..It has achieved 5 times.Contribution ratio of pipeline created by 3 years marketing measures, including inquiries via web.Realized 3%.

Furthermore, this year, the fourth year, the number of data analysts has been added to 11 people, and the company is working to achieve strategic marketing and sales based on data.Finally, Mr. Tomoya compiled the contents of the session in the following three points, and emphasized that it is important to lead the market while involving sales.