From the forefront of DX, where INDUSTRIAL-X has partnered with Mr. Norinari Taguchi, CTO of Core Concept Technologies, a leading DX company, and Mr. Tomonori Yako, CEO of INDUSTRIAL-X. Listen to success tips. The listener will be Takeshi Kuniya, Editor-in-Chief of ZDNet Japan.

Kunitani: First of all, please tell us about each initiative.

Taguchi: I want to be at the forefront of manufacturing and IT, and I myself develop IT tools used in the manufacturing industry, such as 3D CAD and CAM. Recently, we have been providing "Orizuru * 1 ", which is an independently developed DX development platform and IoT / AI solution, and is promoting digitalization with an awareness of the supply chain and engineering chain. * 1 Click here for details on Core Concept Technologies Co., Ltd. "Orizuru"

Yako: We provide services that comprehensively solve corporate issues that may be obstacles to promoting DX together with our partners. The service is a model offered in the form of a monthly subscription.

Meeting of both companies

Kunitani: How did the two meet?

Taguchi: I first learned about Ms. Yako when I had the opportunity to speak at a Cisco Systems event. Mr. Yako was enrolled in the Cisco.

Kunitani: At that time, Mr. Yako was closer to information and communication, and Mr. Taguchi was a little different from the manufacturing industry.

Taguchi: After that, she understands that Mr. Yako focused on IoT. I was originally close to the manufacturing site and started using the keyword IoT around 2015. The field of work is getting closer. In 2016, we had the opportunity to meet key IT people, and we met again there.

Kunitani: I had the image of a group of Meiji Restoration heroes who would lead the digital and manufacturing industries in Japan.

Taguchi: At that time, Industry 4.0 was the keyword. The reason I was there was because I wanted to see a platform for orders for the manufacturing industry, including IoT. Industry 4.0 had an atmosphere that Japanese companies should also adopt.

Manufacturing sites and IoT were the way to DX

Taguchi: The key to us is high-mix low-volume production. It is a model that involves small and medium-sized enterprises rather than large enterprises, and there are two problems. The utilization rate of the manufacturing site does not increase, and veterans cannot be assigned to upstream processes. I thought that IoT was the solution to these two issues, and started looking for a solution.

Yako: There is a need to visualize the site by placing terminals in various places and making information available. Therefore, we advocated "mobile cloud", and the most important application area was so-called IoT, and M2M (Machine to Machine), which is the predecessor of IoT.

Cisco's policy was "IoE" (Internet of Everything), and we focused on connecting things. Manufacturing was the largest market.

Change from IoT to DX

Kunitani: It's now called DX as a general term. How has the IoT changed to that point?

Taguchi: Originally, when IoT started, the approach was to collect data and then analyze it using AI to obtain some kind of opinion. The solution to the two problems mentioned earlier is the beginning. With today's DX, market information must reach the site. The current situation is to think about what to make according to what the market is looking for.

Yako: In that sense, IoT visualizes the real world. The tacit knowledge and the operating status are the same. We convert it into data and get suggestions, but the more we return it to the site, the better the site. However, the data used each time is accumulated, and if you just store it there, it will be a cost factor. A model will begin to emerge in which it is distributed well, or it is made into knowledge and dropped into an application to earn money from that application. For those who made money in the physical layer, including infrastructure, this was the gateway to a whole new way of making money with the invisible data. In the situation of further development and creating various knowledge assets, it led to the idea of ​​using AI to make it more efficient and preparing an application that automatically generates such data.

At this point, it's a completely different business model. In addition, we will be doing traceability of things with IoT, AI, robots, drones, blockchain, and it will be a story like bringing all the existing technologies. When that happens, it's a digital total war. Digital total war is, so to speak, DX, and it's good to use digital in total war, but what to do with your next business model becomes important. DX is the most important here, but we still tend to look at digital as a means. 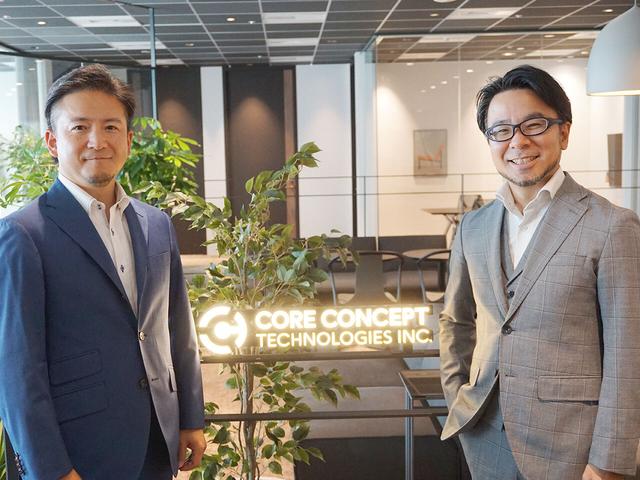 The motivation for me was that John Chambers, then chairman of the time in 2015, resigned at Cisco. When he retired, he changed his corporate identity to "digital transformation." At that time, he thought, "What a simple concept I returned to" (laughs). I thought the Internet of Everything was more advanced. But now, DX has become such a big word.

The gap between the DX site and the whole

Kunitani: There is also a sense of DX in terms of pinpoint problem solving. Do you feel a gap between the whole process and the field?

Taguchi: Companies are still skeptical about IoT and DX, such as wanting to invest but not enough, or not knowing what to do. There is also a gap in the sense that service providers do not have the capacity to provide individualized services. Someone has to fill in here, and both sides need to compromise.

Kunitani: Do you feel the same with Yako?

Yako: That's right. In particular, large companies are saying DX in the sense of what to do next after passing through the IoT, and their eyes are starting to rise. What should we do next as a management? On the other hand, small and medium-sized enterprises still have many individual challenges. Then, the immediate focus will be on-site visualization and paperless. We are not at the stage of talking about large companies and SMEs together.

The progress of DX varies from company to company. It also requires a large investment. Some large companies have already begun to change their shape as a company. Manufacturing is also beginning to change. If it's construction, it's construction, and it has a different shape than before.