A jazz singer in a bright red dress echoes the singing voice to the tone of the piano and flute. The solos of the performers improvise the sound as if trying to jump out of the tune of the song. A smile was sent from the stage to scream "more and more," and the backs of the audience holding the beer were shaking. The jazz club "Fugetsuro Lifetime" (Aoi-ku, Shizuoka City), which has been transmitting jazz music in Shizuoka for more than 10 years, is in July with the support of domestic and foreign musicians. I got off to a restart. The store was closed once due to poor management due to Korona-ka, but crowdfunding (CF), a supporter who wants the store to survive, succeeded. I am struggling to keep the jazz lights out in Shizuoka while incorporating new business forms. "Do you know how to make money with jazz? You spend twice as much money." Lifetime Chairman Yutaka Kubota (66) called jazz "unfriendly music" with a joke.

Unlike pop, rock, and classical music, which earn hundreds of millions of yen depending on the top musicians, jazz has a high level of skill and history, but there are not many opportunities for the general public to come into contact with it. I knew it was due to the closed culture of jazz and that it needed to change. Meanwhile, sales fell by more than 80% due to Korona-ka, and in January this year, we decided to close the store at the end of May. When I posted on the membership exchange site (SNS), there was a lot of feedback. A regular customer asked me if I should do CF, and I made a decision while worrying. When I called on the musicians who appeared in the past, more than 30 people from Japan and abroad sent support messages to be posted on the CF site. Hakuei Kim (46), a jazz pianist based in Tokyo who is active both in Japan and abroad, said, "A place loved by musicians. In a sophisticated space, from legendary jazzmen to fledgling newcomers. Will show you a new jazz culture. " The CF, which was implemented from the end of April with the goal of 100,000 yen, achieved the goal in just two days. By the end of June, more than 5 million yen had been collected. Chairman Kubota, who was initially skeptical, was pleased that he was "unbelievable."

◆ Paid new format during the day

The store was reopened in July. The interior of the store has been renovated and is rented out as a space where office workers can have meetings and work on personal computers for a fee during the day. There are some major changes in the night concert after resuming. I opened the window curtain facing Ryogaemachi-dori. This is because I want people who pass in front of the store to see the closed world of jazz. 7:00 pm in mid-July. An office worker walking down the street was looking through the window at a live concert in the store with the curtains open. "I'll open the curtain today. Maybe the world will be new or interesting." During the state of emergency, the night concert will continue only on weekends. (Yosuke Itakura) 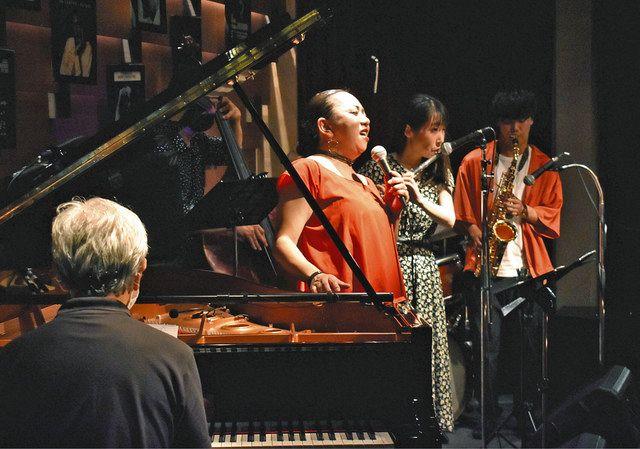 From the Chunichi Shimbun

About using the site