Home >Blog >What are the secrets of successful leads by email marketing?

What are the secrets of successful leads by email marketing?

The base of the service is a unique database that networks more than 1,000 industrial coordinators.Information from industrial coordinators in various places, such as companies with technology and technologies, is integrated into the database, and it is used for searching for companies that have technical issues to solve technical issues, pioneering sales channels, and investigating advanced technical information.I will.

Held a web seminar in -house, the Inside Sales Team develops customers

Linkers also participated in real exhibitions and seminars as well as many BtoB companies, expanded their personal connections through business card exchange, and had new business opportunities.However, with the expansion of the new colon virus (new colona), the exhibition and events have been canceled one after another.Therefore, in February 2020, the company decided to hold a web seminar in -house for the purpose of developing prospects (leads).The first seminar was held in April 2020.

"Of course, I had no experience or knowledge, so I distributed it using external services for the first time. I realized that the reaction from the user was reasonable, and I realized that it was worth working in earnest from the lead I got.Kobayashi revealed that we held a second seminar using ZOOM during the month. We gradually brushed up necessary equipment and brushed up.

At the same time as the web seminar, Linkers proceeded with sales and marketing DX.

Linkers has an inside sales team in the marketing department, but after the web seminar, we analyzed by combining the leads acquired by the seminar application and the contents of the web questionnaire.It is used for toss -ups to sales teams and nurturing (customer development) based on the content of the questionnaire questionnaire.

The company has been discussing the data to be used and creating a talk script.Mr. Takuto Shimura, Linkers Marketing Division leader who was involved in the launch of the inside sales team, said, "You can use the access analysis results on the website, but you have been viewed on our site?"If it comes, it will not feel good because it is being monitored. Rather, "I have answered to the questionnaire, but if you are worried, we can help you.We made a hypothesis and implemented the guidance of meeting the meeting. "

In marketing, we reviewed "email".For example, if the reaction is not good even if you send an email of the web seminar, you will check in the numbers where the action is worsening at what time the action is worsening."If there is a task in the URL click, we will thoroughly review the easy -to -read layout and whether the information is easy to understand for the recipient.We are instructing to create an email from the perspective of whether it is, "says Kobayashi.

At one point, under the idea that "web seminar archive videos are worthwhile", we started distributing an archive video for customers.However, in the first one, only about 10%of the applicants were watched.

"In the first installment, I introduced multiple videos, but I was hypothesized that I could only convey" archive videos "and may not be able to evoke my interests. So, in the second installment.When the videos were narrowed down to one and the theme and content of the seminar were added, the number of viewers has improved to 35%, "Shimura explains.After that, the number of viewers improved to 60%of the applicant, such as reducing the number of characters, reducing the contents of the seminar, and posting impressions from seminar participants instead.

Previously, Shimura, who was a major human resources company and was a sales job, was the first marketing work in Linkers.He didn't know how to use the tool, and he was often confused at first.However, he is now familiar with marketing DX, realizing that the value of services provided with a little ingenuity will increase. 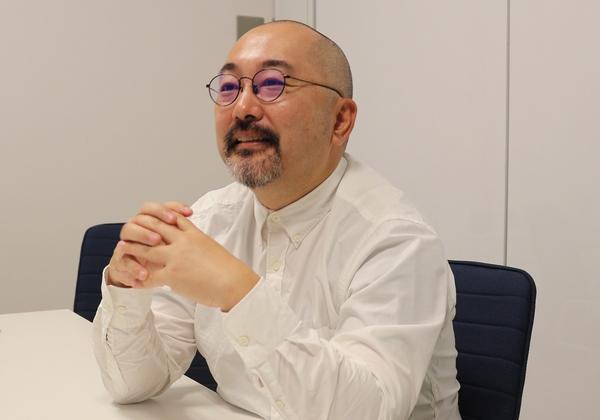 Based on his experience so far, Kobayashi asserts that there is no win other than understanding customer issues in acquiring sales and marketing DX.As the service provided by the company has been decided, considering monetization, the service will be looked at, and a business strategy will be assembled from a product -out perspective.However, customers who want to solve issues seem to use services because they look at the tasks in the same way as themselves.

"It seems to be a matter of course, but if you want to renew your business using unfamiliar tools or inexperienced indicators under the name of DX, work on new things will make your best and you will lose your eyes. Digital.It is important to imagine the potential customers and how they can contribute to the solution of the task, and the value of doing and providing it is the same "(Kobayashi).

More than a year has passed since our own web seminar, and the Linkers can on average about 250 people.The emails at the time of the seminar guidance are also devised, and the text of the emails to be guided according to the number of seminars participating, such as "unpublator", "1-2 times", and "three or more".Taking advantage of its own knowledge, the company has begun to provide operating services for web seminars in July 2020.