On June 17, Microsoft announced new features to be introduced for Microsoft Teams and Teams Rooms.Strengthen the response to hybrid working styles.Google, which is competing with productive suite, has just announced an update on the 14th to enhance collaboration functions to support Google Workspace to remote work.

In May, Microsoft published a video based on its own survey on what future hybrid meetings would be.In the video, the function of "Teams Rooms" is a different size conference room, "Focus Room", "Medium Space", and "Large Space", and large -sized speakers and cameras, and the large, "TEAMS panel" and "Surface Hub".The screen shows how it works.

The various functions introduced by Microsoft on the 17th are further developing their vision.The company also revealed the features of Teams meetings and Teams Rooms scheduled to be introduced in 2021.

the detail is right below.

The company also announced the updated digital whiteboard Microsoft Whiteboard.Regardless of whether you are physically in the same room, it will improve hybrid work and collaboration experience.As a result, the emphasis is on improving new content type, user interface, ink experience, and cooperation with Microsoft 365.It provides new templates that speed up content creation, "Collaboration Cursors", and new laser pointer functions that make it easier to understand what others are doing.

The company has also announced a new Teams Rooms experience that can be used on Surface Hub.Provides Teams desktop functions such as the "Together Mode" scene, modern meeting stage, "PowerPoint Live".The new Microsoft Whiteboard will be available on Surface Hub from the fall of 2021. 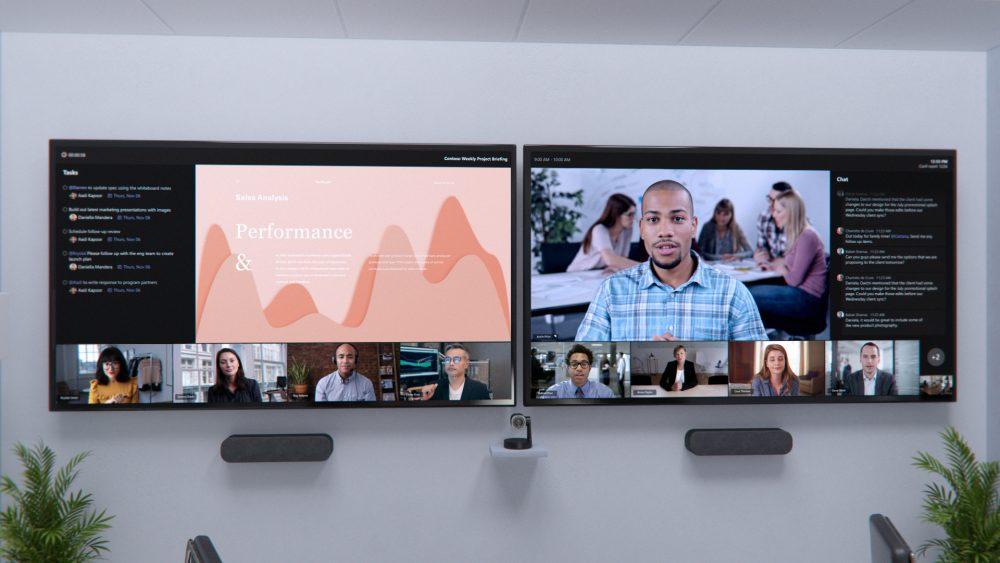 Microsoft also revealed the next step to capture "Fluid Framework" in the Teams and Office apps.Fluid Framework was announced in 2019.Technology to make it easier to co -edit.Microsoft announced on Tuesday that it will expand the Fluid component to the Teams meeting, expand it for "OneNote", "Outlook", and "Whiteboard" so that it will be able to collaborate with Teams and Office apps.

This article edited by Asahi Interactive for an article from overseas RED VENTURES for Japan.